GARETH FOY - WRITING PAGE
The view above is of Uig bay on the Isle of Skye in Scotland.
One of my favourite places.
At the "Edge of the World"

I'm originally from Northern Ireland - read more in my "about" tab above.
I have lived for thirty years in the beautiful country of Scotland. Everything about Scotland is inspirational.

I write, because I have to.
Pretentious? Moi? Maybe a little, but it's true and I presume true of all writers.
Living in a dream world is a way of life and if it pops into our head, it has to go down on "paper".
And every day is spent with little things popping in and out.

This is the home of my website where I will try to keep up to date with what I'm doing... 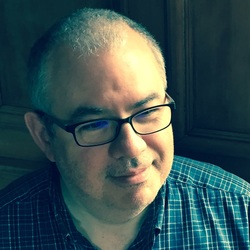 For the first time in my life, I went on a writing weekend in April 2019.
While it was strange and difficult being away from my family, it was incredible to live that was for a short time.
AND incredibly productive.

I'm re-writing it now and trying to get it exactly as I want it. This story will set the tone for all subsequent work on Essense, and so I'm placing a lot of importance on getting it the way I want it. :)

I'm aiming to finish and publish it by February 2020

My follow up story to ﻿The Essence of Jamie's Father ﻿first published in:

Special thanks to my wife Melanie for all her support and ideas. It couldn't have happened without her. Thanks also to Arc readers and brilliant writers/people - Cheryl Allen Minekime, Julie Atkinson, Manus Carey, Chris Fried, Bryan Babin and Patricia Gilliam. Plus, a special thanks to Author - Lesley Smith for support and answering my annoying writer questions. :)
Powered by